Something that crops up from time to time with people wishing to enter the world of single board computers is what to start off with. There is no right or wrong answer in this. The Raspberry Pi and Arduino are very different beasts that can be used in very different ways, although they also share a large common ground in what they can be used for. 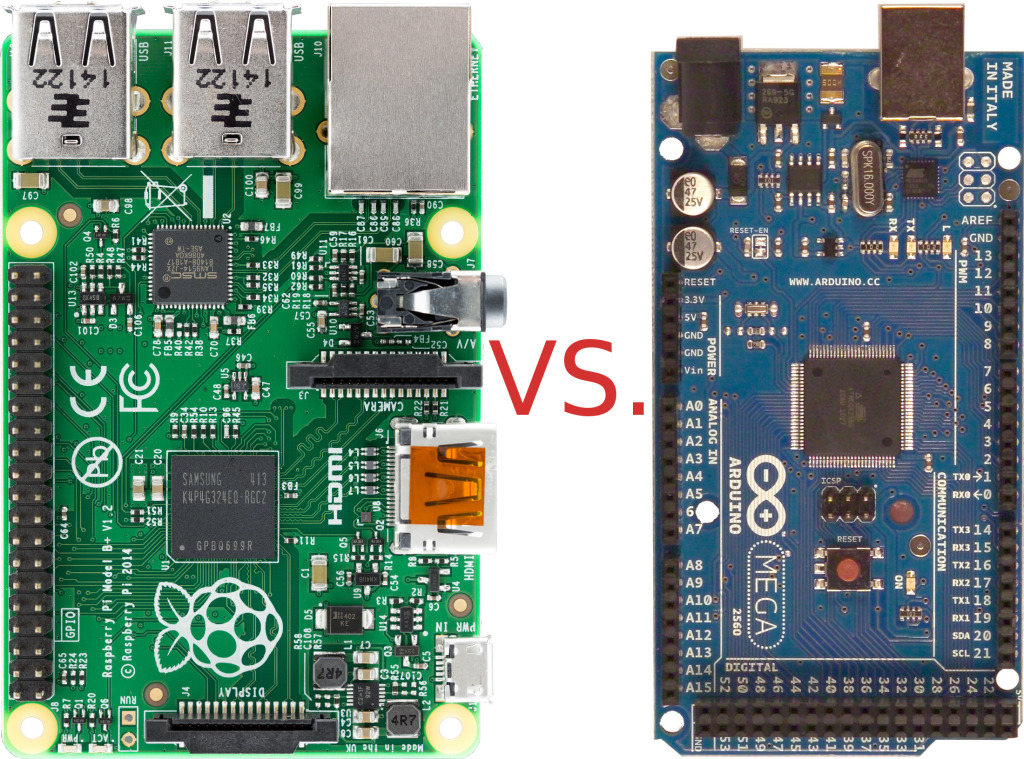 Essentially the Raspberry Pi is a fully featured single board computer. It has a processor, R.A.M, storage (via SD card), USB, ethernet, sound processing and can connect to a display via composite or HDMI, the Pi also requires an operating system to do anything, this is available in various forms of Linux and even android.

The difference with the raspberry Pi against a standard, run-of-the-mill single board computer is that the Pi features a GPIO (General Purpose Input/Output) port.

GPIO allows you to create programs that connect to the real world, you can write programs that read a sensor input from a GPIO pin and depending on the result output a trigger from another GPIO pin. For example, you could get a reading from a thermometer on one pin, if the temperature drops below 18Oc a heater is triggered until the desired temperature is reached. GPIO has many uses, readings can be taken from almost any sensor imaginable, similarly triggers can be sent to almost any output you can think of.

An Arduino is a single board computer on the basis that is has a processor, R.A.M, and storage (built in flash memory) although on a much smaller scale than the Pi, for example the Arduino Mega 2560 has a 16MHz crystal oscillator, 8KB or SRAM and 256KB of flash memory. Despite the Arduino’s very low specifications it is still a very powerful machine.

The Arduino Mega 2560 has 16 dedicated analogue input pins, opposed to digital input pins an analogue pin will register 0.0v, 0.1v… 5v as different values. For example a microphone is an analogue device, it can output a wide range of values. The Mega 2560 also features 54 digital input/output pins, the digital I/O pins can similarly read values from sensors, although unlike the analogue pins, these take readings of either on or off (true or false).

Although you write your own operating system for the Arduino, it is not as daunting as you may think, you are not creating a graphical interface to be displayed on a monitor for use with a keyboard and mouse. You will be creating an operating system with a single purpose, similar to the operating system that controls the different cycles on your washing machine. For example I recently created a maths quiz on an Arduino using a HD44780 16×4 character display and a series of buttons, a maths question was displayed on the screen and 3 possible answers were listed underneath, pressing one of the 3 buttons selected your desired answer, at the end of the quiz you were presented with your score.

Hopefully the information provided above will help you choose a starting point into the weird and wonderful world of single board computers. If you have the available funds for both then go for it, with both machines the possibilities are endless!

The main thing to remember is that both boards are here to learn, have fun and create.