Let me start by saying that it’s not often that I test a Microsoft operating system, despite occasionally using a Windows 7 laptop for my university work I am generally a Linux user, so, I will try to be as un-bias as possible.

First of all in order to get your hands on a copy of Windows 10 you will need to visit the Microsoft Windows preview page and sign up for the Windows insider program, once done you can move on to selecting the required Windows image, at the time of writing Microsoft are offering 8 downloads:

The ISO images are around 3 to 4GB, depending on the version required.

While the ISO image is burning and I conduct the installation let me just take a moment to remind you that this is pre-release software, therefore there will likely be bugs causing it to crash, missing features and certain third party software may not work as desired. This isn’t so much a flaw, it is the whole reason for pre-releases and betas, in theory Microsoft will have fixed the majority of bugs reported by testers before the release candidate.

I won’t be going into any details on the installation process of Windows 10 as it is almost identical to that of it’s predecessors; Windows 8; Windows 7 and Windows Vista. Rest assured though, it is not a complicated process, just remember to back up any data before you begin.

In simple terms, insert the DVD, restart your computer and boot from the installation disk, wait for the installer to load and follow the simple step by step instructions.

The installation takes a similar amount of time as Windows 7, around 40 minutes on my hardware set-up.

What worked out the box:

What drivers were needed:

All in all this is an improvement on previous versions of Windows, although this still isn’t on par with most modern Linux distributions which will generally have all hardware (other than obscure items) working out the box.

The nVidia drivers for my card aren’t available specifically for Windows 10, this isn’t surprising as I am using a pre-release of the operating system. No doubt most hardware manufacturers will have Windows 10 specific drivers nearer the time, although using the Windows 8.1 nVidia driver worked fine.

Similarly for the free-fall sensor, using the Windows 7 drivers got things up and running.

Also included are a number of new apps, these may have been bundled with Windows 8/8.1 which I will admit I haven’t spent much time looking at. These new apps include things such as: Maps, Health & Fitness, Finance, Windows store, Skype, travel and Weather.

So far I am quite impressed with the overall look and feel of Windows 10, it appears to have merged what I view as the good points of Windows 7 & Windows 8.

The traditional start menu which has been with us since the introduction of Windows NT 3 is back again, the prospect of a start screen resembling that of a mobile phone front-end has gone.

Interestingly enough whilst in PC world a while back, looking at laptops for my partner to use during her degree we were informed by the sales rep that OpenOffice and Libre Office will no longer work on Windows 8 or the future Windows 10, so the only option would be to buy a 3 year student license of Microsoft Office. Now was he telling the truth or did he just want an extra bonus (not that we bought her laptop from there anyway). Needless to say this is the first piece of 3rd party software I attempted to install.

As I expected, the downloaded LibreOffice installer worked flawlessly, just as it would on Windows 7 or Linux. The verdict of this is not to trust PCWorld staff if they are asking for more money. 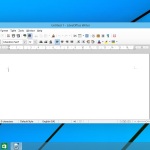 The Google Chrome automated online installer worked perfectly, even prompting a dialogue box from Windows asking for my preferred browser. 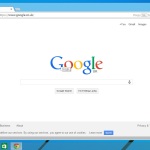 Now from my perspective, somebody who uses Linux on a daily basis, switching to a Windows machine every so often for gaming, this is an important one. Despite improved gaming support for Linux, Windows is still on top of this game.

The steam client installed and updated as it would on any other operating system. Steam games appear to install as they should, of which I will run a few installation and short game play tests to see if anything is obviously wrong. 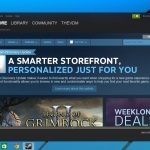 Games to be tested, please check back for updates:

Windows 10, although still in a pre-release phase appears to be a nice, usable operating system without any obvious drawbacks. It appears to build on-top of Vista, 7 and 8 adding usability and new features, some of which may be useful, others maybe not so.

Would I install Windows 10 on my day to day computer (Lenovo Thinkpad X220)? No, but not because I think it is bad, mainly because I am used to using Linux on a daily basis, I like the freedom offered and the lack of upgrading costs incurred, it’s just what I use.

Would I install Windows 10 on a secondary computer? Yes and no, I would happily use Windows 10 on another computer, for the foreseeable future I will be leaving it on my battered and torn Dell XPS L502x for further testing over time. On the other hand I wouldn’t go out of my way to upgrade my Windows 7 Pro laptop (Lenovo Thinkpad T410) as I am happy with it, simply because Windows 7 does everything I need it to do on that laptop. I’m also a student, as we all know students aren’t usually rich, so I wouldn’t pay for something unless it gives me something new that I require.

On the other hand if I were looking to replace my Windows laptop and the shop offered a laptop with a Windows 10 license, I would view it as less than a deterrent than a laptop offered with Windows 8.1.

These of course are my opinions, if you’re an avid Windows user and like to keep up to date, then Windows 10 is a good step forward.

If you are thinking of making the move to Windows 10 on it’s release, but aren’t sure if your required software will run, let me know and I will see if I can test it. Please note though, I am only able to test software that is either free or has a trial.